I still have all my fingers, and I've managed not to burn myself.

OMG, this week has been amazing.  It's been the week of "FISH!"  I fileted, gutted, dismantled and pureed fish and other fishy sea creatures this week.  I loved every single minute.  I mostly think I enjoyed it because unlike other animals I don't really care about fish so I don't mind ripping them apart.  I fileted rock cod and petrale sole, and I was honestly pretty awesome at it.  Now when I tell people, "Imma gut you like a fish," I actually know how.

I was really pumped on Thursday when we had Thai Squid Salad.  I specifically request that my teammate, Jeff, and I get to make the squid salad because I really really wanted to dismantle the squid.  I was pleasantly surprise when I told Chef that I wanted that recipe and she gave it to us!  Did you know that squid have a spine piece called a quill?  It's amazing, it's like a piece of plastic in the squid.  Check out this video that shows you how to clean a squid, and imagine me doing it and loving it:

Then on Friday Jeff and I made Shrimp Quenelles, which are essentially shrimp balls.  We pureed shrimp and petrale sole with egg whites, cream, butter and some spices and then poached them in salty water to create these light fluffy shrimp ball things.  It was weird, but pretty delicious. 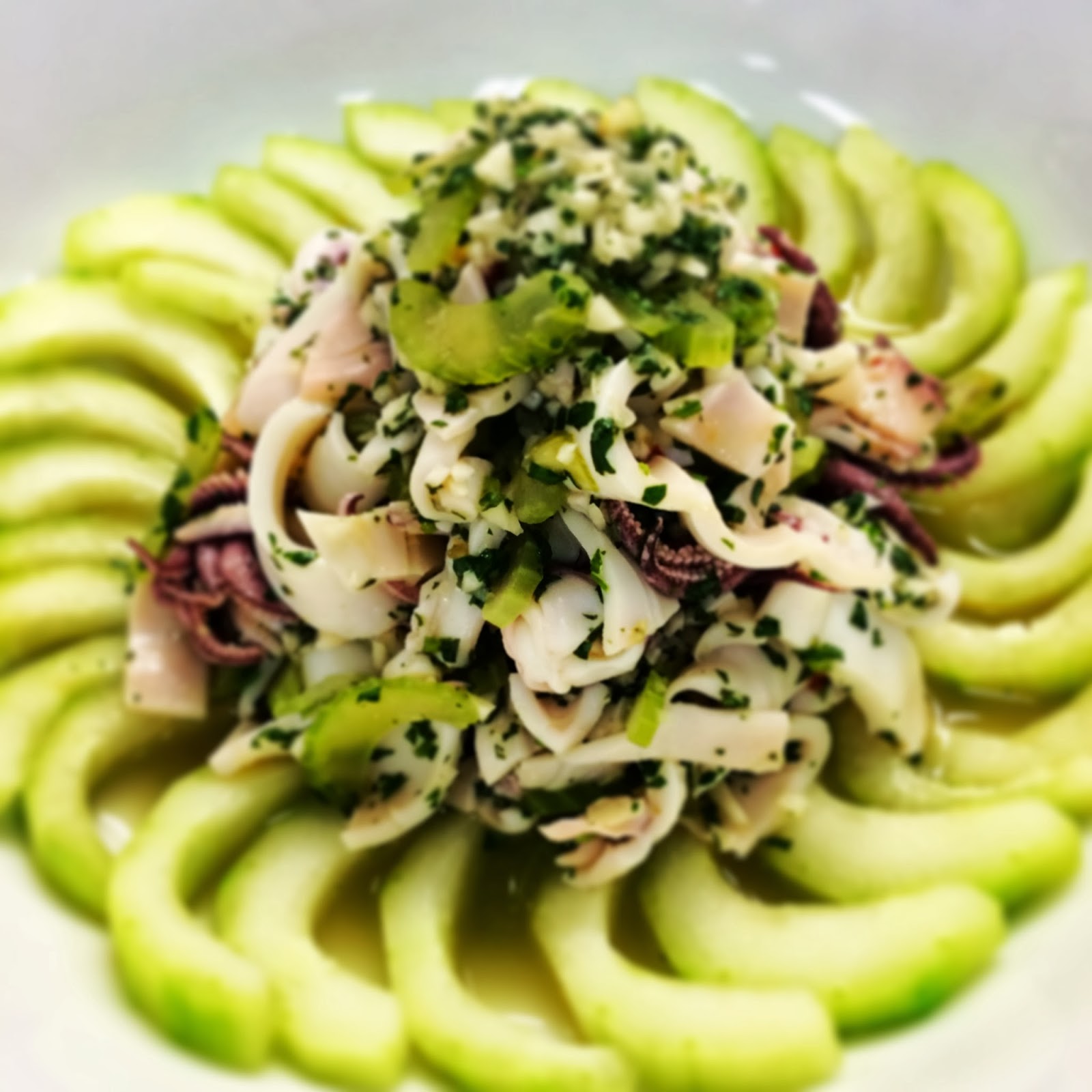 We cooked a whole octopus too!  My classmate, Harriet, and I asked Chef Catherine if it was "Paul" the World Cup octopus, and then we got to inform Chef about the famous Paul.  (If you don't know Paul, check him out here.) 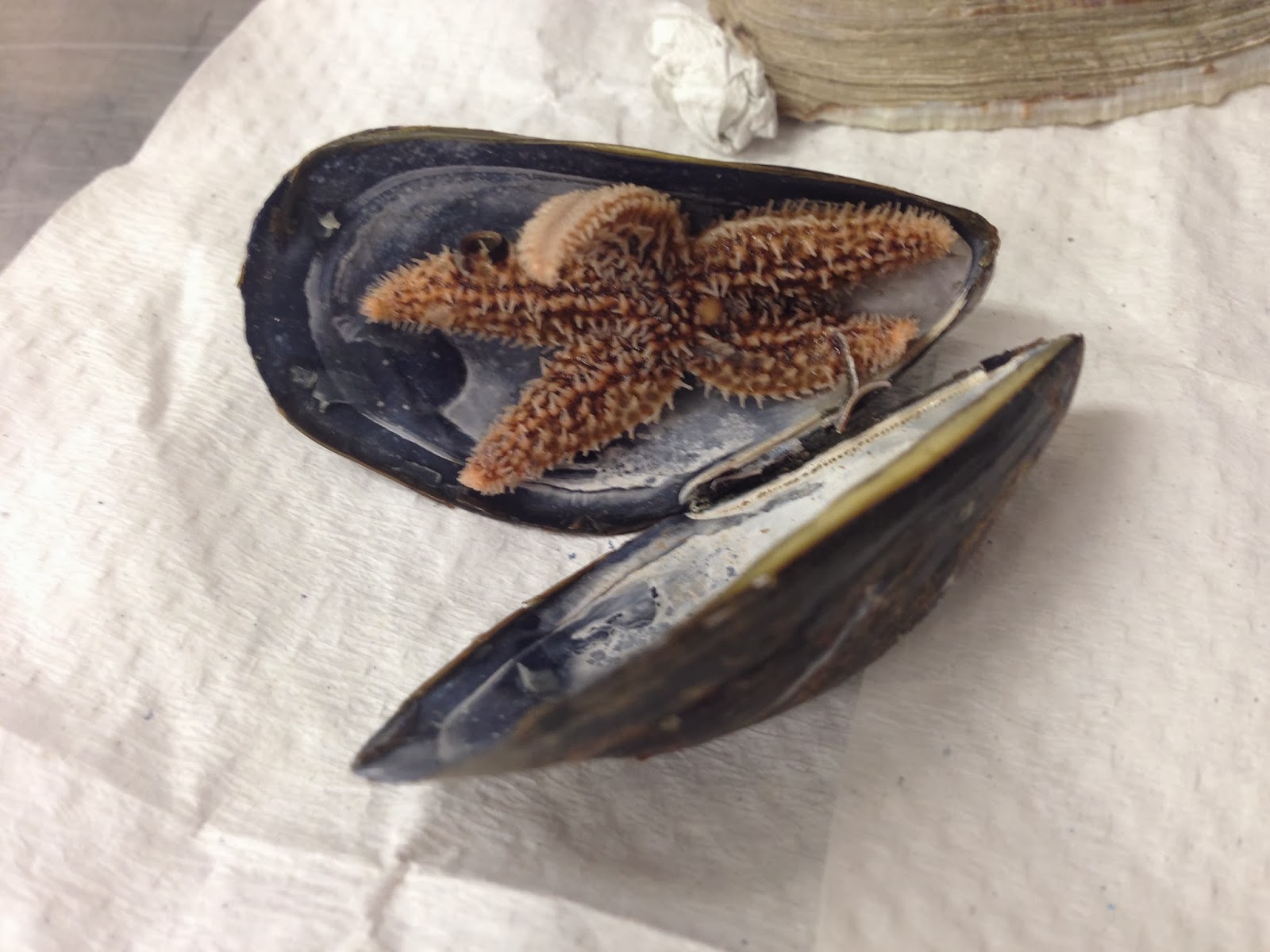 My classmate, Mandy, found a stowaway in the mussels we made this week!

I really loved fish week.  While I'm not a big fish eater I really enjoyed learning about how to identify a "good" fish, as well as how to filet and cook fish and other sea creatures.  We also had a great field trip to Monterey Fish Company.  We met up at 5:30am to watch the fish being sorted so that they could be delivered or picked up. 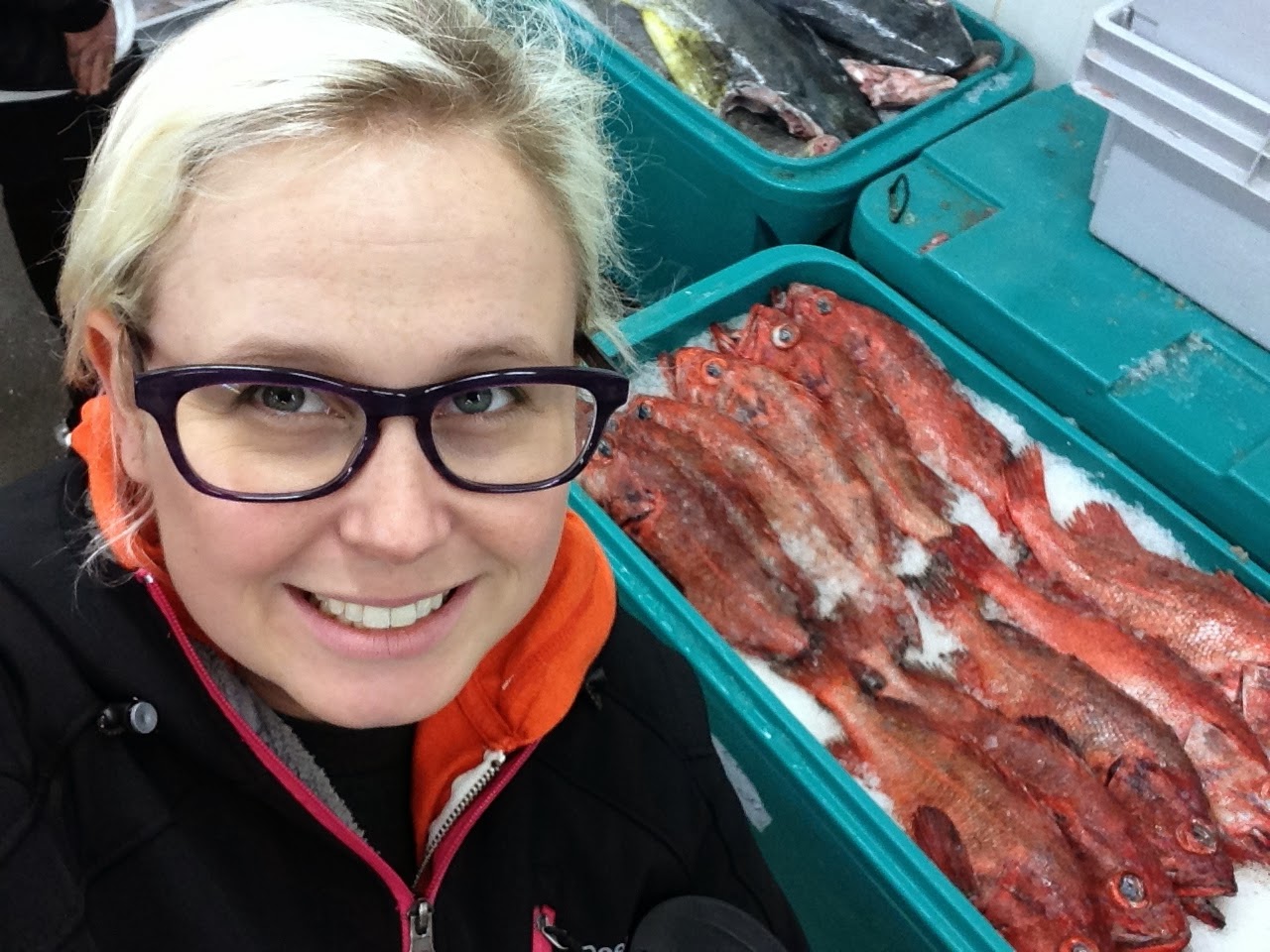 Me and some rock cod at Monterey Fish Market.

I had my first meeting with Chef Catherine to talk about how I was doing in class and it went great.  She told me she liked that I could be so loud/excited/energized but could focus as soon as I needed to.  I told Bob what Chef said and he asked," Did you tell her you don't have A.D.D.?"

We finished off week 6 with a visit from Courtney from Bar Tartine.  We learned all about fermentation.  Jeff and I pickled Kimchi, preserved lemons, and beets.   We made kimchi with cucumbers, I can hardly wait to try it out!

Next week we're going to butcher a lamb!