Don't worry, despite class being a little crazy with exams I was still able to bake some delish cupcakes from the Robicelli's: A Love Story, with Cupcakes: With 50 Decidedly Grown-Up Recipes

book.  If this is the first cupcake post from me you've read, you can read all about my personal challenge here.

So, the Butternut Spice were interestingly delicious.  They were a bit more savory than sweet.  They were really simple, the only component I had to buy online was the butternut squash seed oil.  The cupcakes were fluffy and the brown sugar from the candied seeds was heavenly. 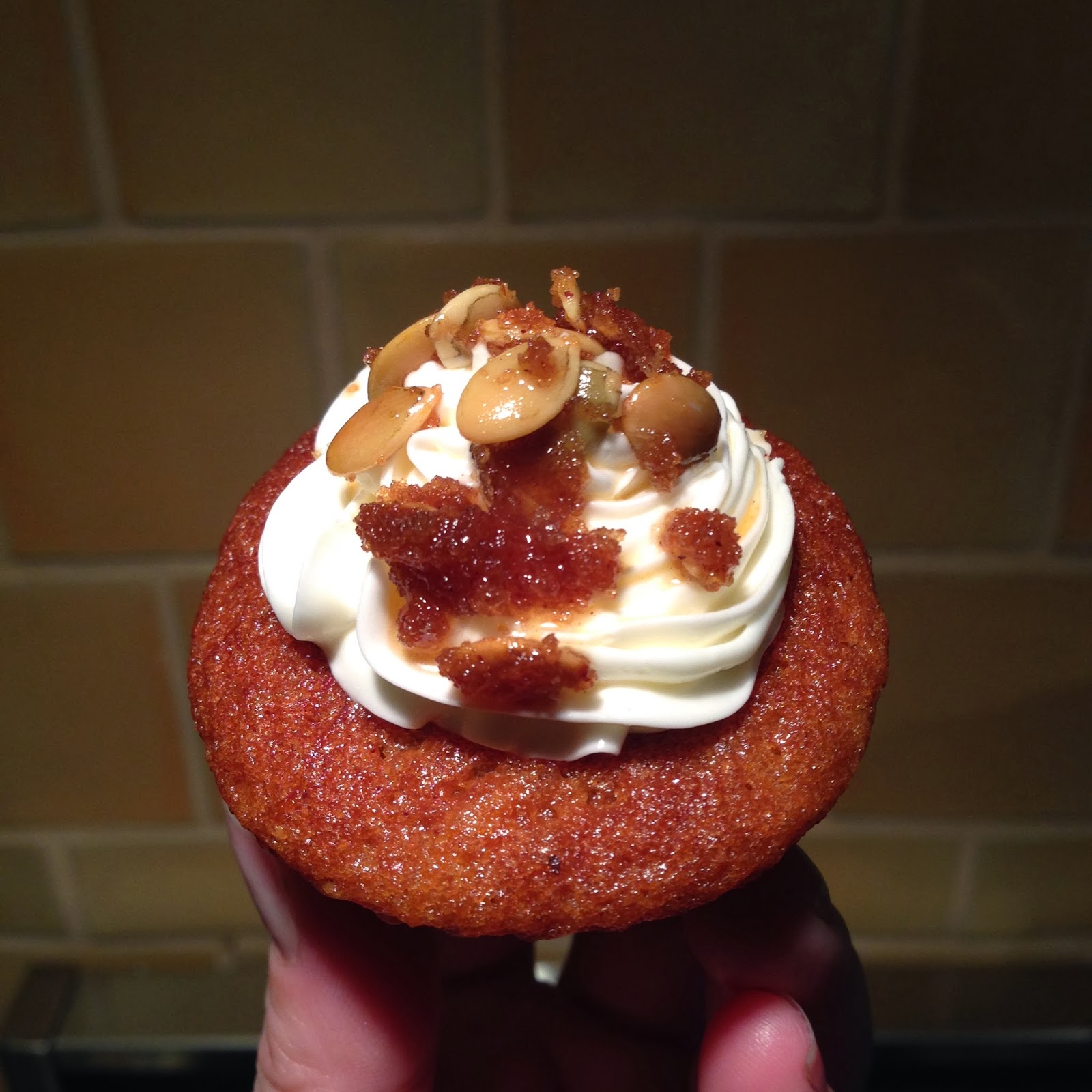 The carrot cake cupcakes were straight forward and super easy.  I picked this cupcake for Valentine's Day because I know I could easily make and assemble the cupcakes on a Thursday night after class.  I was going to spice them up, but decided not to because I wanted to try the recipe as written - it was quite delish.  Check out my half-assed hearts that I piped on the cupcakes. 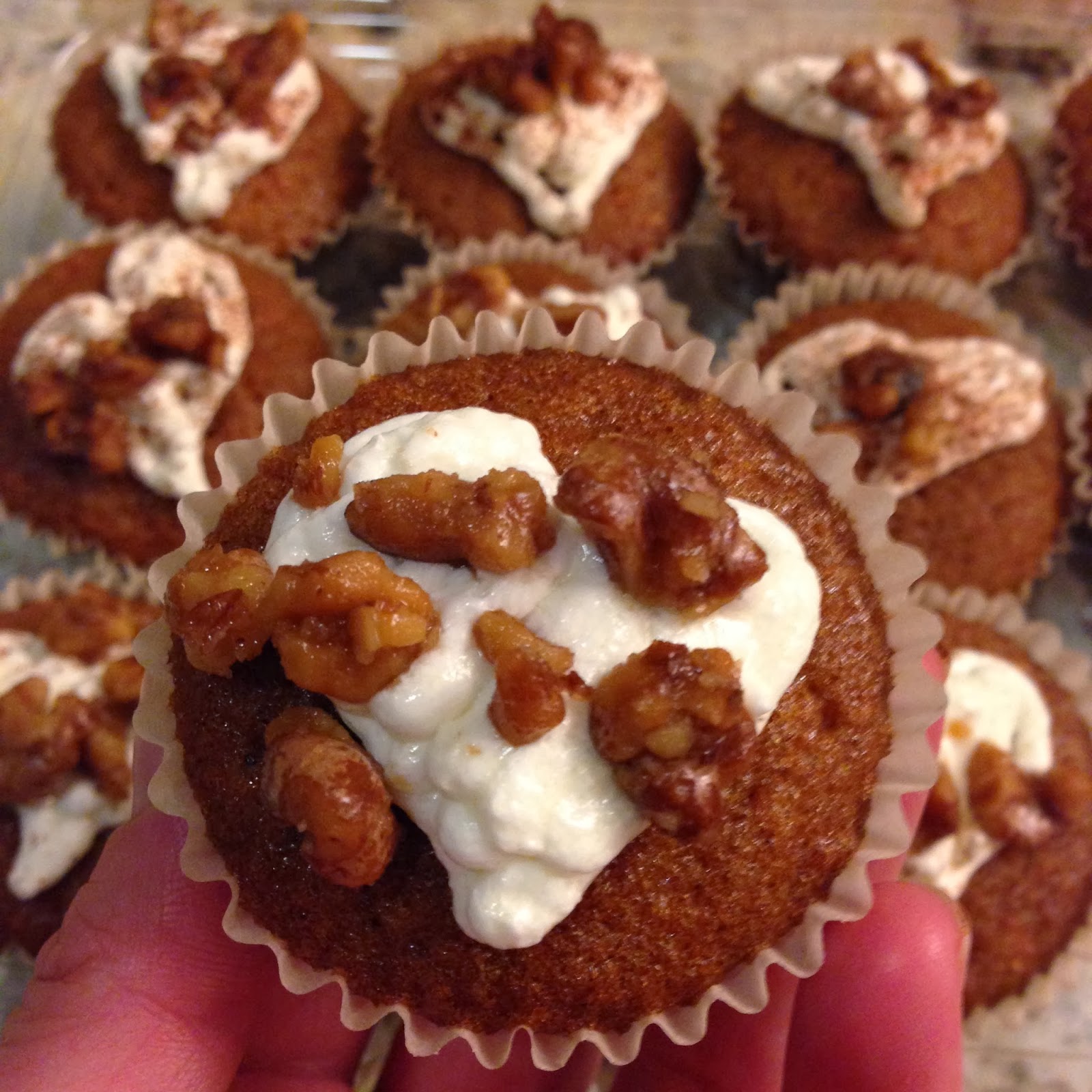 The "Blatt" was chosen because it also features cream cheese buttercream.  I was able to just make a double batch of the frosting when I made the carrot cake cupcakes and freeze the extra frosting. (I like an easy cheat.)  The cardamom cookies were interesting, and I'm not sure I actually cooked them properly, but they were yummy.  I felt like they were going to be flatter and crispier, but that could be me. 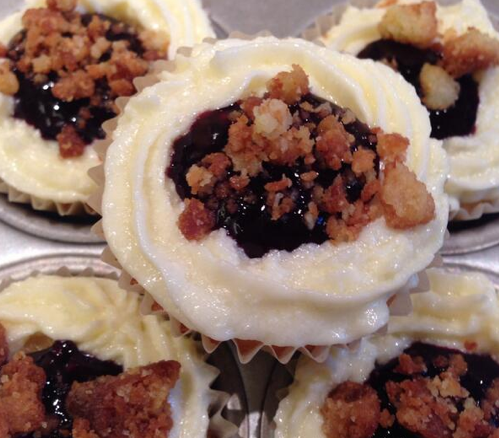 As of this post I have made 17 different cupcakes from the Robicelli's cupcake book. I'm pumped! And I'm super excited to tell you that I'll be taking on the Buffalo Chicken Cupcakes this weekend, so stay tuned!