Holy crap, the Buffalo Chicken Cupcakes, from the Robicelli cupcake book, turned out perfectly AND they were pretty delish.   I took the cupcakes to a fun party called "Crabtacular." 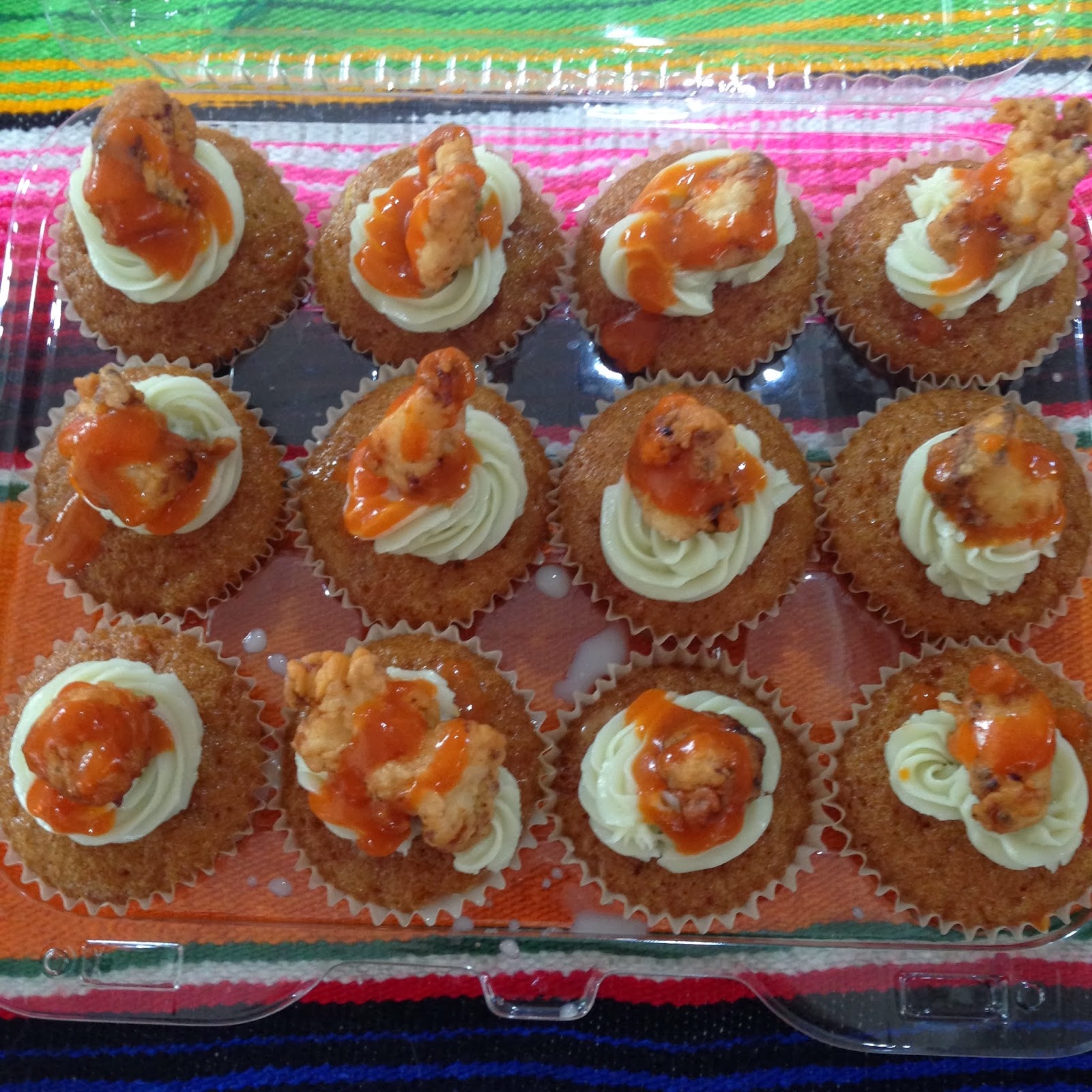 The Buffalo Cupcakes were good in an interesting/unique kind of way.  It's weird to have those flavors in a chewy cupcake form.  The blue cheese butter cream was pretty cool, but super greasy.  The cupcakes were a huge hit at the party but I don't think I'd make them again.  They weren't hard but I like my cupcakes more sweet.  I did take a little liberty with the cupcake and added some ground ghost pepper.  The pepper added a nice kick. 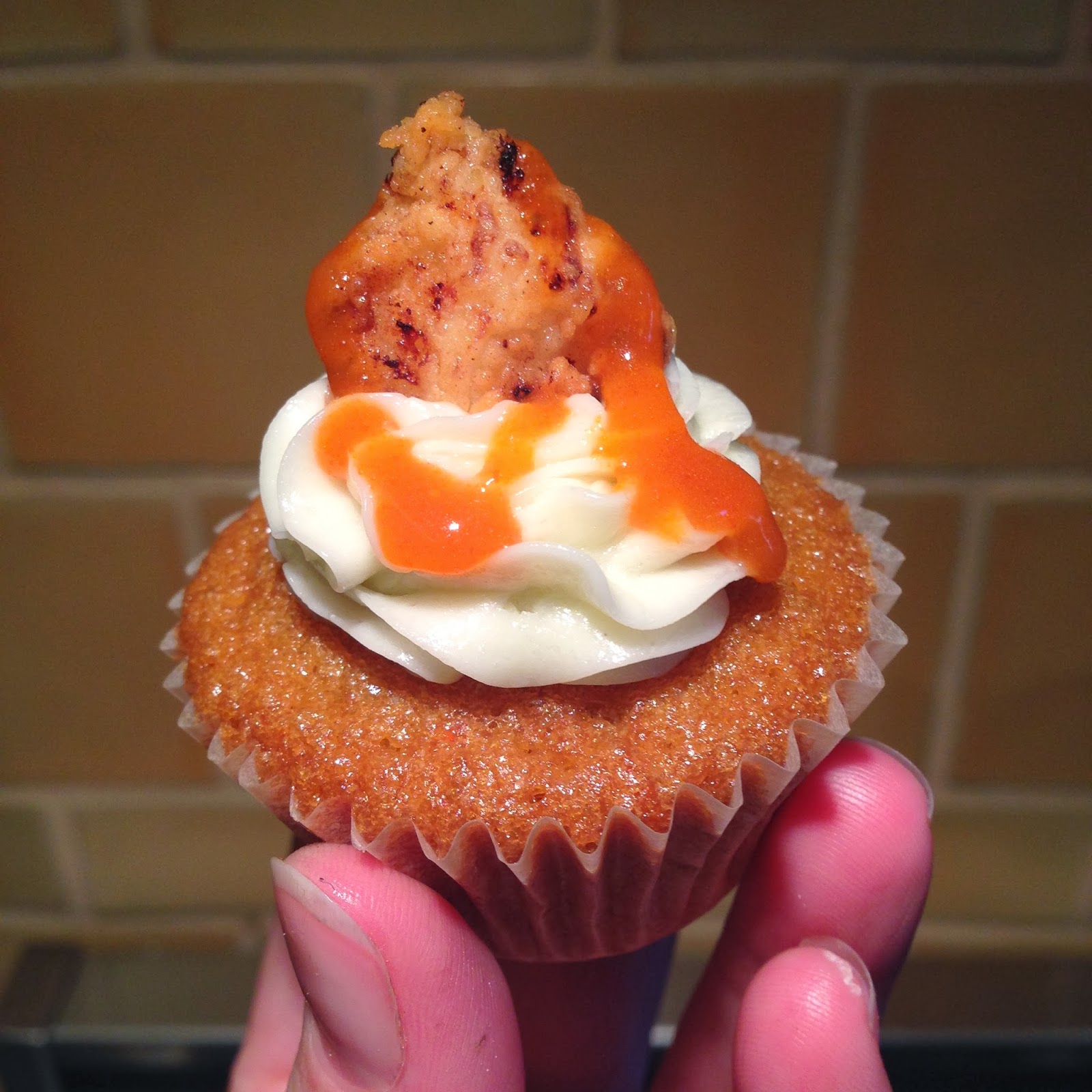 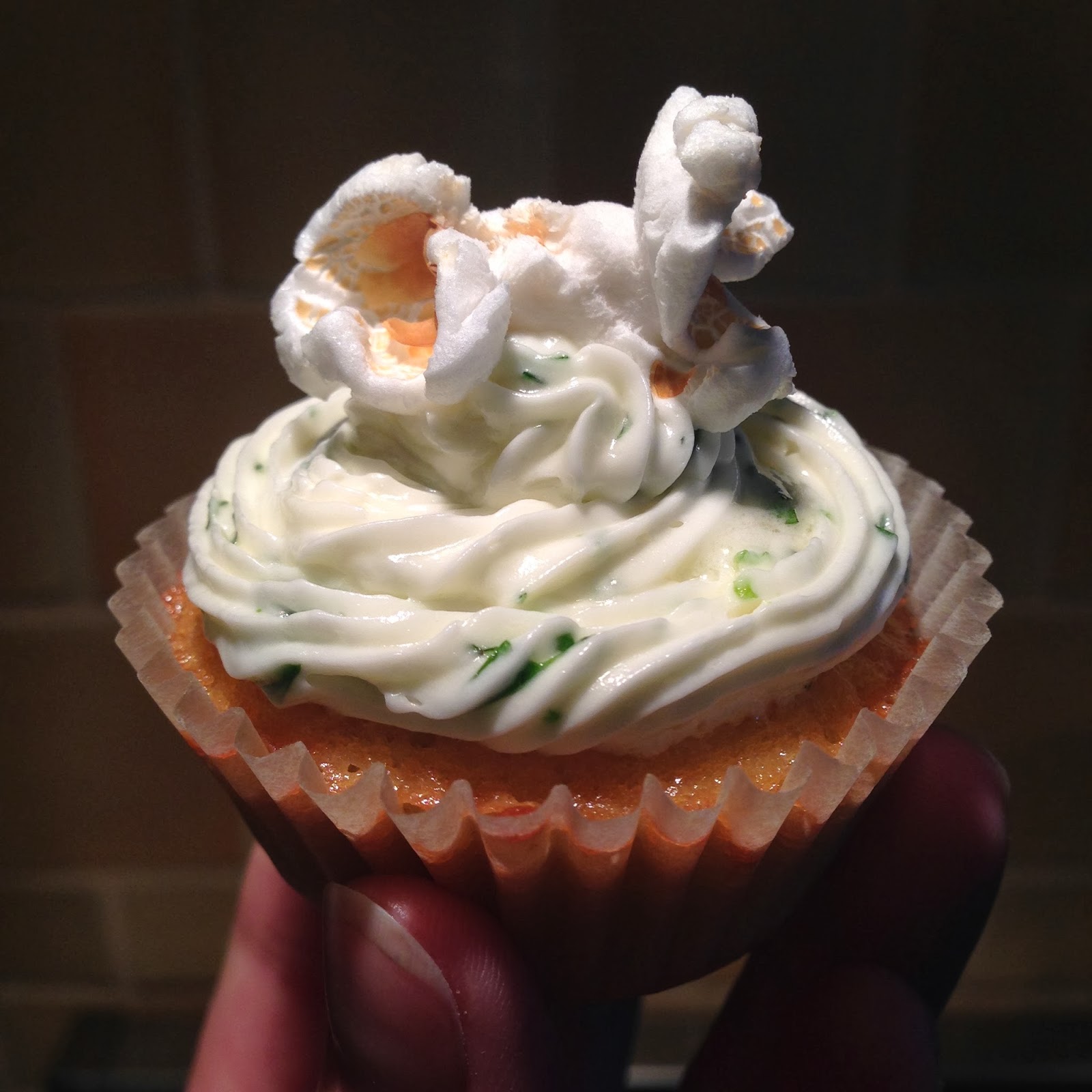 "El Guapo" is a delicious and refreshing bite of awesome.  It's light and fluffy and has a really nice finish.  It's easy to put away a few cupcakes before noticing you've had half a dozen.  Other than pureeing the corn it was a pretty easy recipe.  I made everything start to finish in about two and a half hours. I added a little bit of honey to the cupcakes because I wanted the batter to be sweeter.

That's 19 recipes I've done so far, if you're keeping track!  I'm running out of easy recipes so things are going to get intense soon!