Woah, I just realized how long it's been since I updated my cupcake adventure.  I've made half the recipes in the Robicelli's cook book.  Per usual, if you don't know about my personal cooking challenge you can check it out in this previous post. 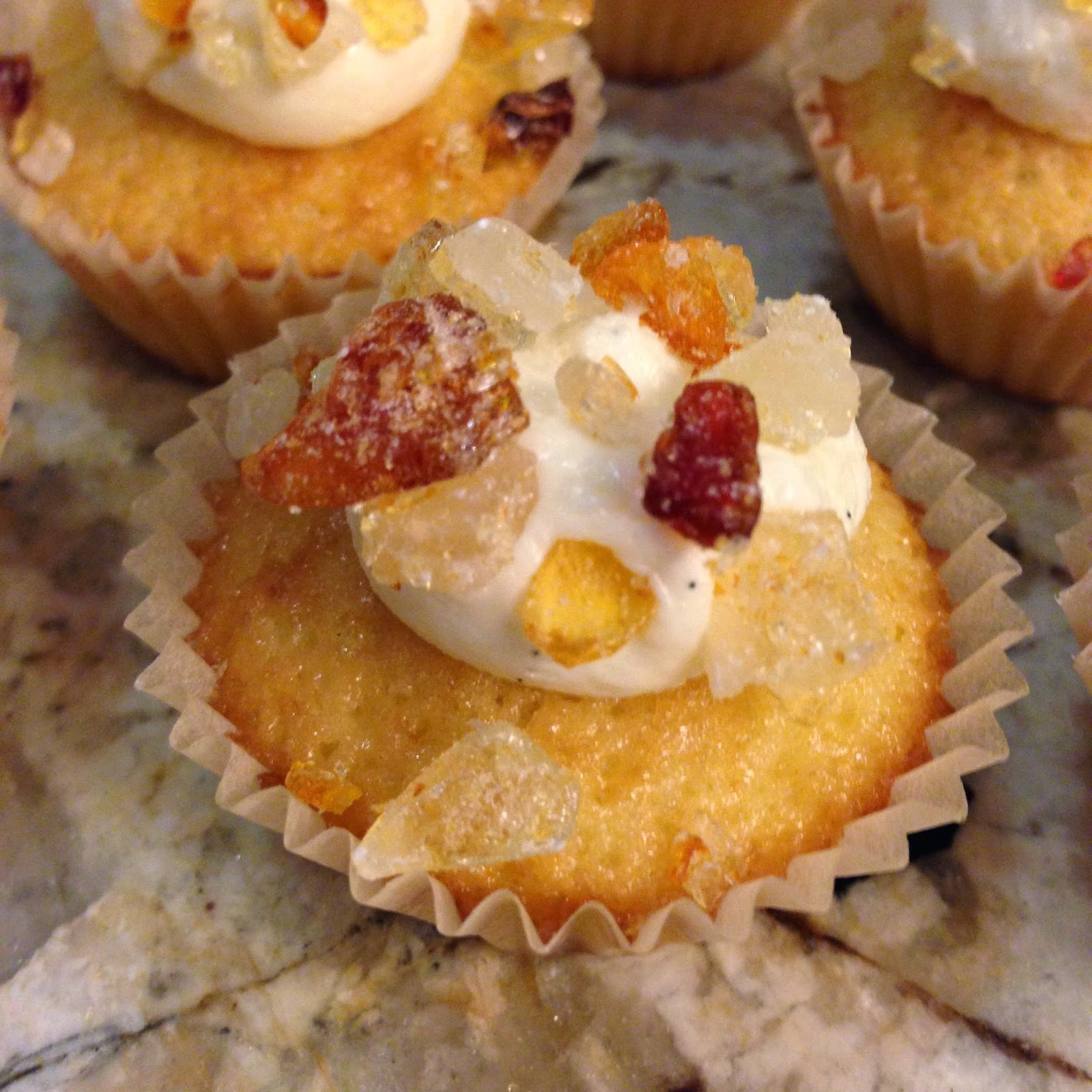 The Creme Brulee cupcakes were pretty straight forward and a total hit with my classmates.  Making the various caramel topping was really easy.  I didn't make any adjustments to this recipe.  The only thing I'd change is breaking down the caramel more so it was smaller. 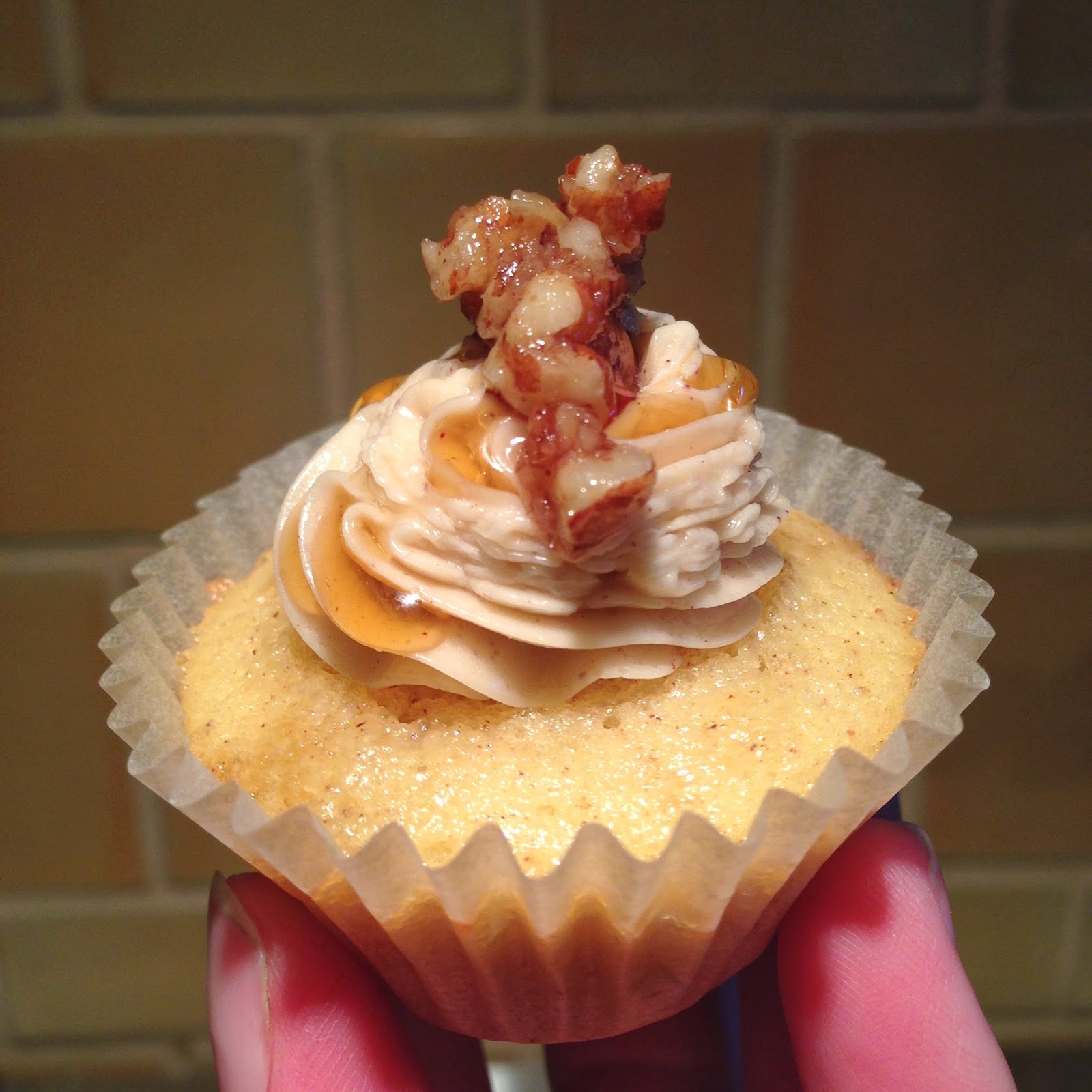 OMG! This was so amazingly delicious!  It tastes like breakfast.  I would make this cupcake again, it was a huge hit. 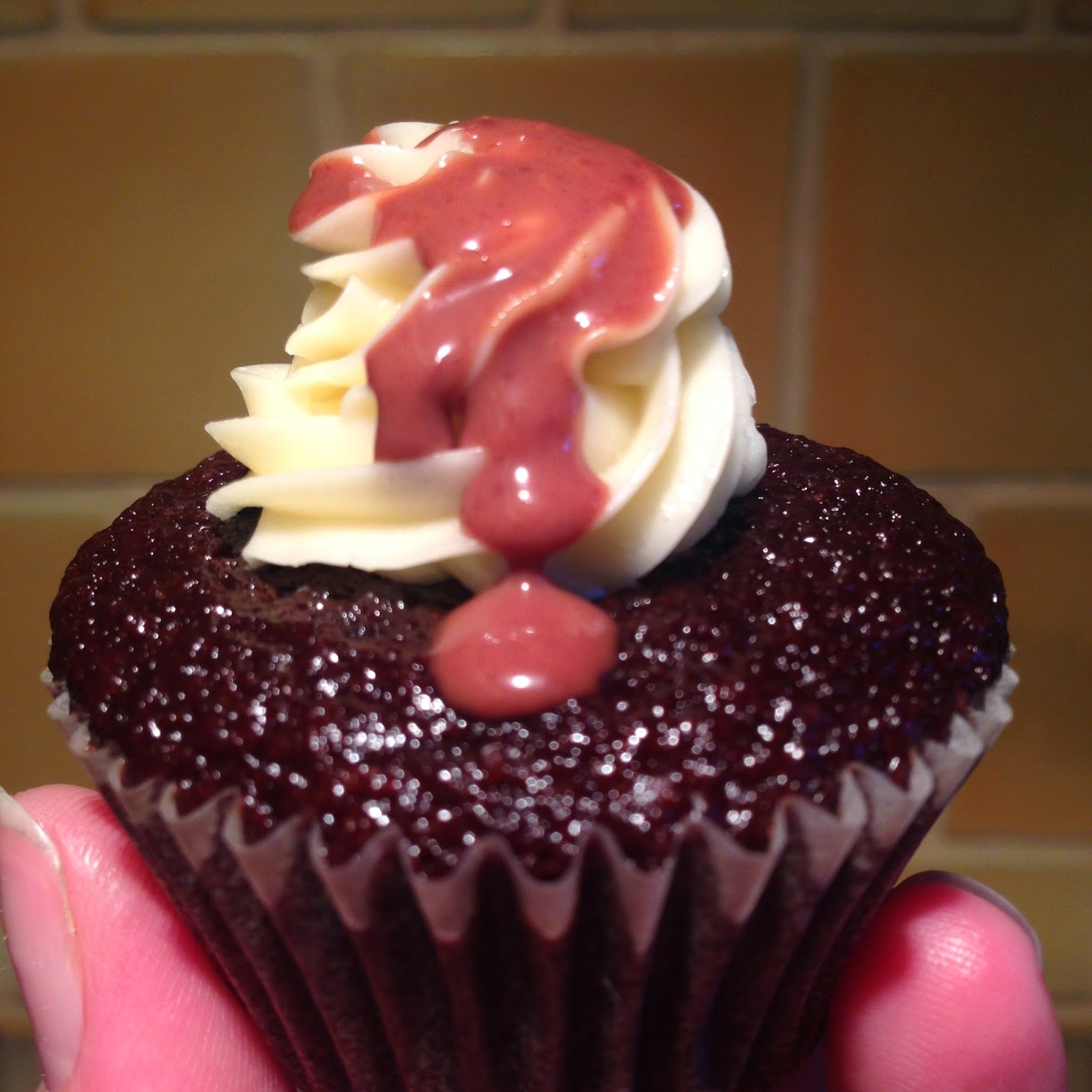 I specifically saved this cupcake for St. Patrick's Day and it was great!  The chocolate cake was really dense but still super delish and moist.  I think I'd go lighter on the Jameson in the ganache next time but it was still really good. 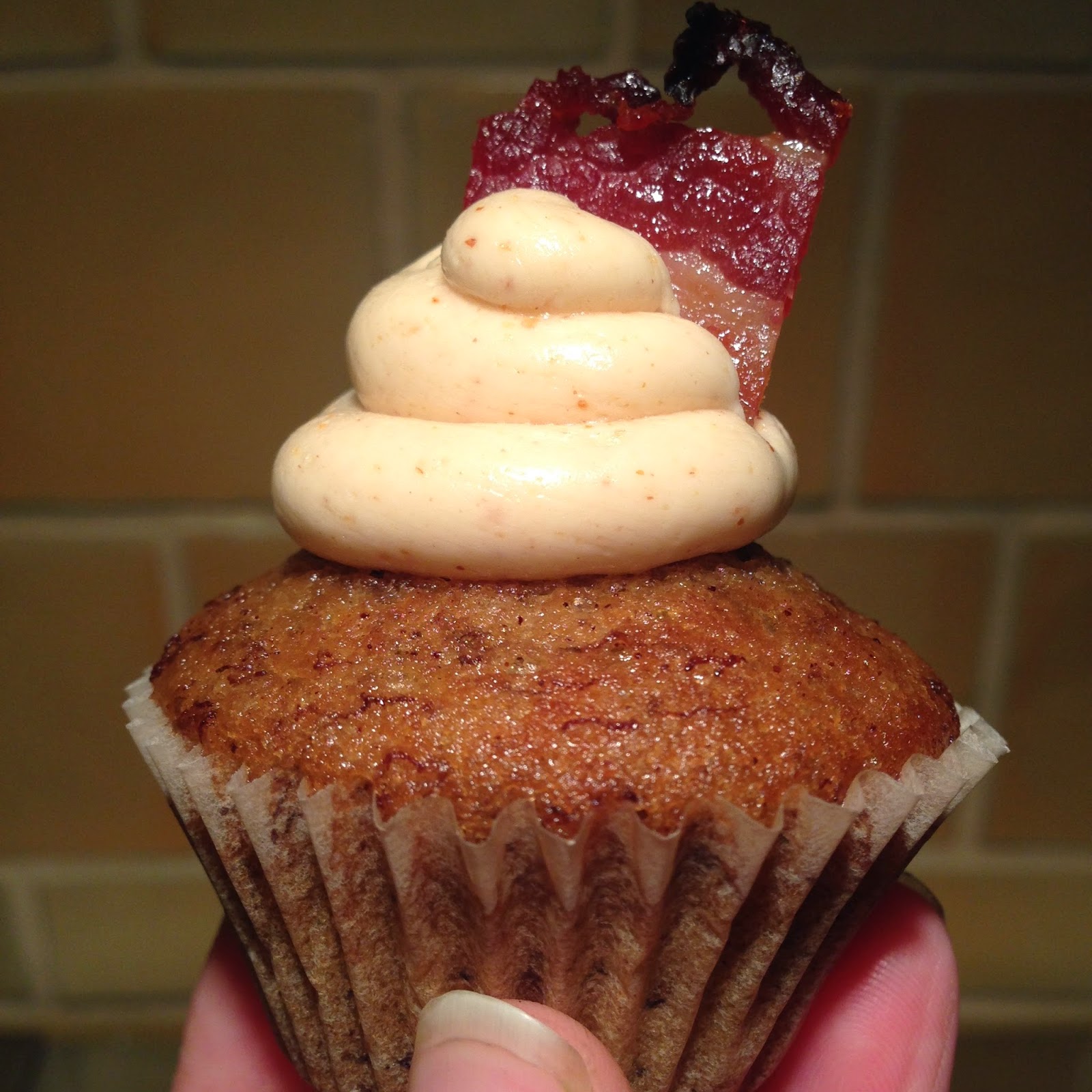 These are the most beautiful cupcakes I've baked so far.  They came out perfectly domed on top and they were super moist.  I went ahead and added more cinnamon to the cake because I'm a huge fan of cinnamon.  I used my favorite powdered peanut butter in the frosting, and instead of using brown sugar to candy the bacon I used maple syrup. 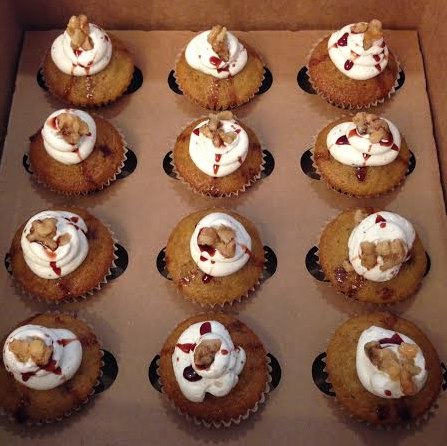 The best way to describe this cupcake is mild.  The flavors are all nice and easy and blend really well.  I used a really mild blue cheese, Point Reyes Bay Blue, in the frosting and that made all the difference.

I wanted to try a few other cupcakes so I made some of Prohibition Bakery's recipes. 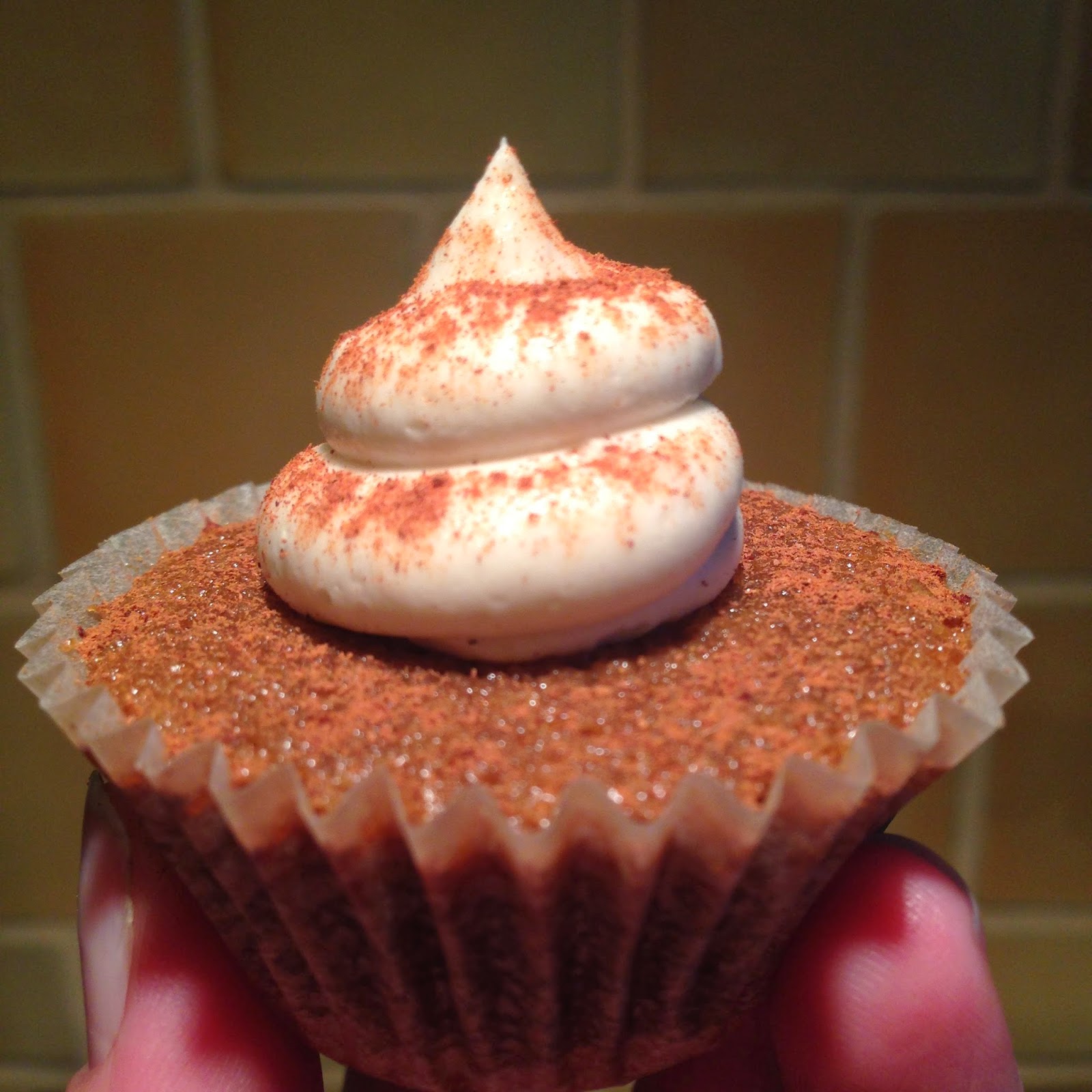 I made this cupcake exactly as the recipe says.  It was really delicious but I'm not a fan of powdered sugar frosting.  The cake was really great.  If I were to make this cupcake again I'd use my buttercream recipe and add the Jameson to that. 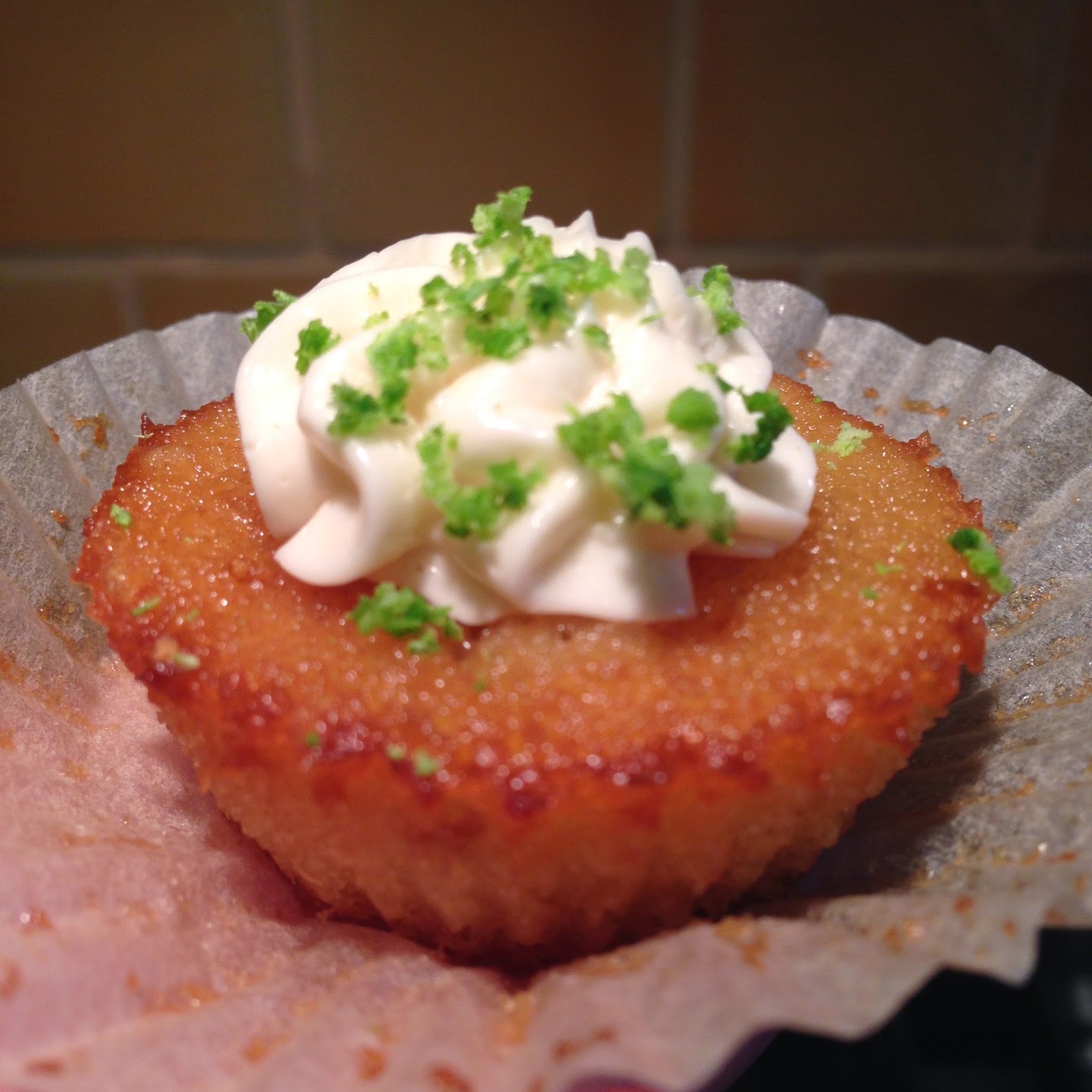 Absolutely delicious!  I used my buttercream frosting for this cupcake instead of the powdered sugar frosting.  In the future I'd add more rum to the frosting, or maybe use a different rum.  I used Kraken, and I think it's too sweet to really taste the rum. 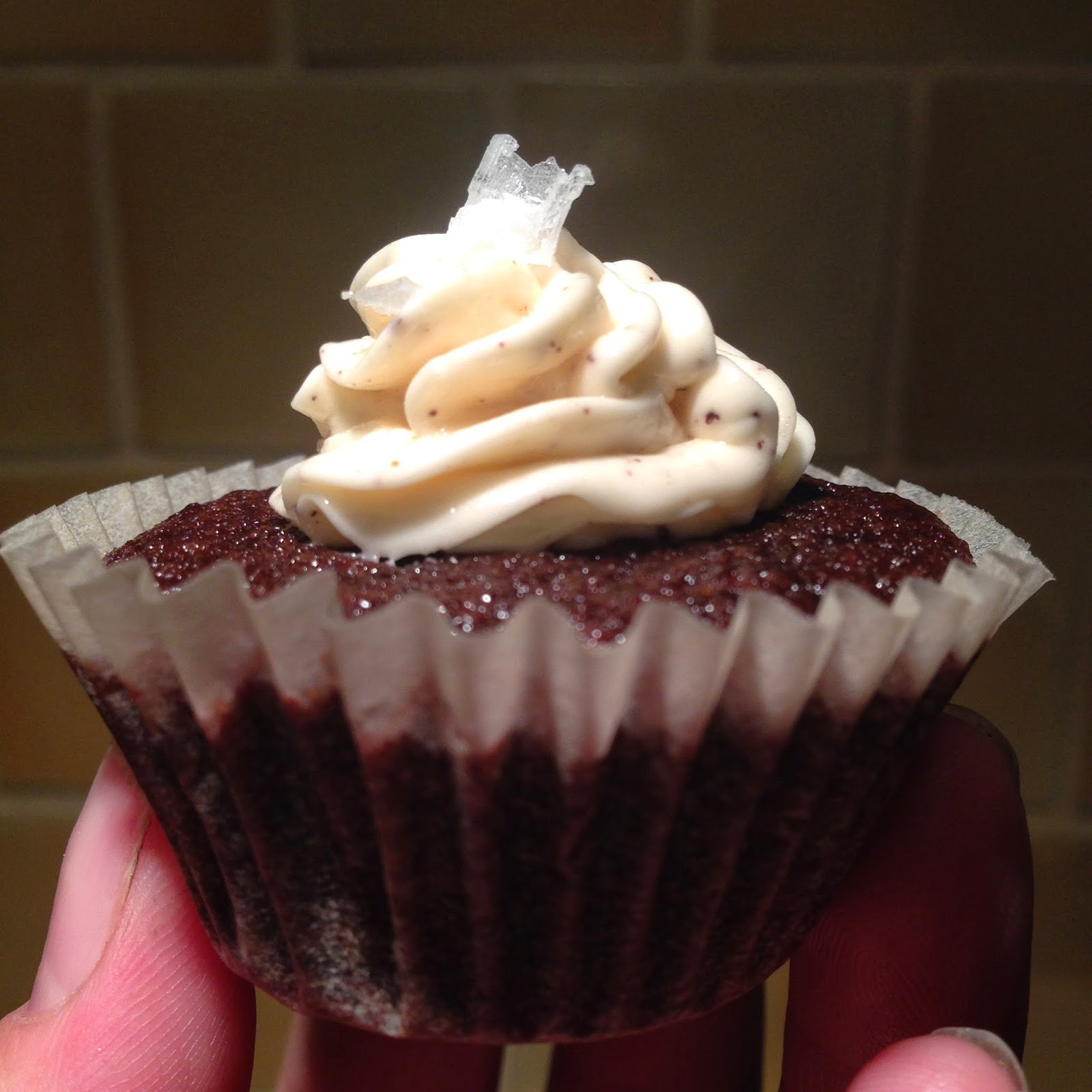 I'm pleased to say this is my first original cupcake.  I used the Robicelli's stout cupcake recipe and Prohibition Bakery's stout recipe for inspiration but the final product was my doing.  I specifically made this for a small Drake's event at Shotwells Bar.