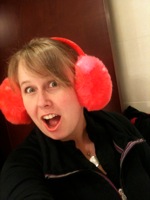 Everyone once and a while I'll ask Bob why he doesn't pick where we eat, and he likes to always tell me I'm picky, which is not true, I just have preferences.  Sometimes I have a hankering for pizza, what can I say, I know what I want, but if I ask him he just waits for me to decide.  To help him figure out where we should eat in our last month in Shanghai I sent him the following email:

﻿"Any of the following places are great places to take Margaret before you leave Shanghai:

-Din Tai Fung (The Taiwanese dumpling place by the ritz)

-Anywhere with the giant soup dumplings Michael told us about

-Somewhere over in the Sinan mansions area cause it’s fun

-House of Roosevelt, one more time cause it’s swanky J

-Haiku or some other sushi place

He's left his tea at home that day and was sad about it, and I didn't want him to think it went to waste.  Anyway, we've been doing a pretty good job of hitting the places I've come to live here in Shanghai, but we still have a bunch to go.  And even though some of them say "done" that doesn't mean I won't eat there again.  Bob was surprised to see that my favorite pizza place was not on the list.  This was purposely done as I know he doesn't really enjoy our designated "pizza nights" so I'll order pizza for lunch while he's at work some time.

In other words, there wont be any real new posts for the rest of February as I'll be going to places I've already been, just to make sure I get one last awesome meal from each place as a reminder of how much I loved living in Shanghai.